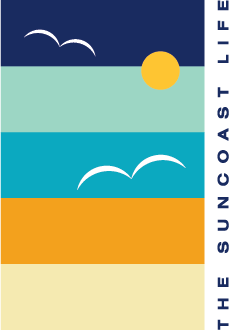 Get our FREE Weekly Guide to all the fun and exciting happenings around Sarasota County.

Thank you! Your submission has been received!
Oops! Something went wrong while submitting the form.

Hanging With Hurricane Ian: 25 Takeaways From Any Hurricane. 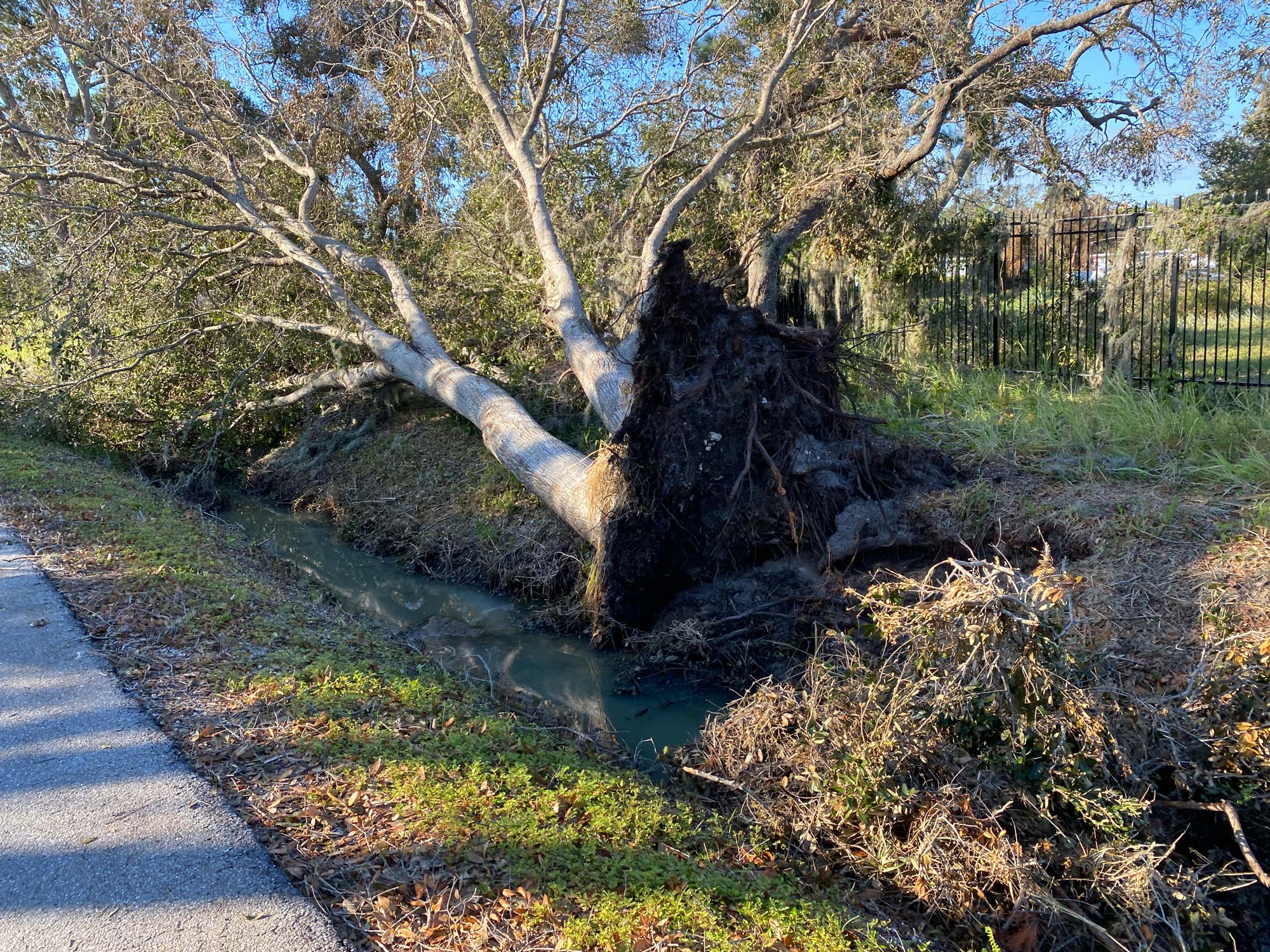 First, a few words about Florida, hurricanes and natural disasters. We’ve read our share of comments from outsiders letting us know they would never move to Florida because of the hurricanes, alligators, snakes, sharks or whatever the mainstream media is peddling that week. We’re actually fine with this, because Florida isn’t for everyone. What we do know is that there was a study conducted by a cable news station that surveyed disaster-free communities. Hurricanes, tornadoes, earthquakes, floods, wildfires, hail, blizzards, and droughts are all a fact of life. But it was a small fly-over town in the upper northwest that had never had a recorded disaster of any kind. Not surprising, the population was minimal. And so was the appeal of living there.

But first, The Backstory:

This post originally started out as the next installment of “One Tank Wanders,” our occasional adventure feature exploring all the wonders of Florida awaiting you down the road, found in a tank of gas or less.

In this episode, you would have heard about a long weekend at Ft. Myers Beach, docked at the Pink Shell Resort marina, walking the main drag to Times Square, packed with inns, shops, resorts, restaurants and beach bars. The weekend would end with a boat trip to an iconic piece of paradise known as Cabbage Key, where you order up a “Cheeseburger In Paradise.” The legendary inspiration for the Jimmy Buffet song.

We headed down to Ft. Myers Beach on our One Tank Wander. We hit all the hot spots and our favorites, leaving no stone unturned. We walked, cycled, dined and floated in the pool. We took a long walk on Ft. Myers Beach. By the end, we were exhausted and ready for home. But there was one last stop at Cabbage Key, for the ultimate cheeseburger excursion.

Once home, we had a couple days to prepare for our next trip, a family reunion in the Midwest. With side trips and detours, this would be almost 2,800 miles of driving. We met up with a legion of family members and visited our daughter in Charlotte, North Carolina on the way back. Win-win.

Our first departure milestone was reaching north Nashville, leaving an easy drive to our first destination. On Friday morning, we were refreshed and ready to resume our trip. As we tossed our bags back into the car, another traveller who noted our Florida plate asked us, “So what’s the deal with Florida?”

Unsure what he meant, he clarified: “The hurricanes.” Up until that moment, we only knew it as an “X” and a number on a map.

Everything is an “X” on the noaa.nhc.gov weather map until it becomes a tropical storm and Ian became a storm of interest on Friday morning, September 23rd. That’s when they attach the projected path cone. That’s when you start paying attention.

Still too early to tell, we continued on our journey northward. There is no certainty on tropical storms, especially when they are still spinning way south of Florida. We were still all-in.

This is the most important observation about this event. The initial projection was for Tampa. Evacuation plans for Tampa began. Then, the projections moved further north, to Cedar Key, at the bend towards the panhandle. Projection cones are a double edged sword. While we never wish a hurricane on anybody, there is some sense of relief when the target isn’t painted on your own back.

On Monday, September 26th, we proceeded as planned to Charlotte, NC to wait and see. Then, the predictions moved south. Way further south. At one point, Venice, Florida was in the centerline for a landfall of a Category 4 hurricane. That got our full attention.

We have lived in Venice and now Nokomis, Florida over 25 years. We have been through hurricanes, both major and minor, including Charley, Irma, and others. Sandy was a wind storm that breezed past us and devastated the north east. Charley was projected for a direct hit on Sarasota, but wobbled east into Charlotte Harbor causing record damage and destruction. Ian brushed southern Sarasota County with massive winds that were near the threshold of a Category 5 hurricane. Charley and all its devastation would fit inside the eye of Ian.

In our time living in Florida, we have sheltered in place, even while living at the beach on Venice Island, for every weather event during that entire time. It was only during this event that we were away from home. This created an entirely different form of anxiety.

In retrospect, we would have rather been here to prep and help others prep. Instead, we had to rely on heavily taxed and already overburdened resources to help square our things away in our absence. And they pulled through marvelously. Family and friends and great professionals. Nothing else to say, but thanks for being there for us.

On the return drive to Charlotte NC, we decided to extend our stay there, rather than rush straight into the eye of a Category 4 hurricane. We had a lot of good family time, got some projects and handyman stuff done and took it easy for a few days.

Nothing brings people together faster than a disaster - at least one that’s predicted and you have days in advance to prepare for it. Working together, neighbor with neighbor, we would put up the plywood, shutters, blankets, and sandbags in anticipation of hell’s own fury. We made sure everyone’s stocked up: gas, cash, water, food, meds, pet food, diapers, and everything else you’re going to need to survive 3 days on your own. We personally recommend much more. Want to talk about suggestions on hurricane provisions?  Email Kim.

Yes, what they say about Florida hurricane parties is all true. And they are epic. After all the work is done, but before the power goes out, we throw parties like it’s 1999. The best steaks, the biggest lobsters and the most expensive booze. We may lose power. But there’s no way we’re losing those steaks.

And when the storm is over, we’re right back at it, clearing debris, checking in on everyone and organizing repair and relief efforts.

Ian was different. For example, hurricane Charley, one of the most devastating Florida hurricanes of this century, would literally fit inside the eye of Ian. This isn’t particularly important, unless you consider that:

Initial tracks swung from southern Florida, north to Cedar Key. Then down to Venice. Eventually making centerline landfall at Cayo Costa. That’s an island state park with very little infrastructure and no residents. But that didn’t spare anything else in Ian’s path within a 75 mile radius. Most of west coast Florida felt Ian.

There were people from Tampa, ordered to evacuate, who decided to ride it out in Ft. Myers. That turned out to be an unfortunate decision. Such as in the past, residents fled one place only to get hammered by the storm’s change in course.

The first challenge we faced was traveling south into a nasty northbound storm.  We wanted to get home as quickly as possible, so we took the one hour penalty and skirted the western reaches of Ian by detouring to Atlanta. Smooth sailing from there, until Ocala. Always a bottleneck there. We’re pretty sure Ocala is Indian for “traffic jam.”

All along the way home, especially in southern Georgia and even more so south of I-10, we noticed an endless caravan of bucket trucks, chippers, industrial air conditioning packs, massive power generation equipment, home restoration and roofing companies, all rolling down to Southwest Florida. It was a great feeling seeing an army of support going to work in Florida.

We really didn’t see any degree of wind and rain damage until we reached the southern part of Manatee County and on into Sarasota. Lots of signs, billboards and trees.

When we returned home, we made our damage assessment. Fortunately, our new community in Nokomis was spared everything but the most trivial damage, mostly related to pool cages and mountains of landscape debris. What we just couldn’t believe was that in spite of our homes standing up to over 120 MPH winds for hours and hours, massive oak trees you can’t even wrap your arms around snapped like twigs. Trees refusing to succumb to the extreme wind loads were simply uprooted and blown over.

To the south, beginning in Englewood (just south of Venice), things went from bad to worse. Major flooding, major property damage and widespread power outages. Over two million were without power on account of Ian. Entire homes and possessions destroyed. Even further south in Cayo Costa and Cabbage Key, where Ian made landfall, the destruction was horrifying. Down on Ft. Myers Beach, where the most violent portion of the storm made landfall packing winds of 155 MPH, entire structures were simply blown away, leaving concrete slabs. Places where we ate, drank and got the t-shirts just days prior were shelled out skeletons. Recovery will take years.

The Aftermath will feel like forever. After many fly-overs of Punta Gorda following hurricane Charley, blue tarps dotted the landscape even years later. While our neck of the woods was spared some very harsh realities, we can’t forget those who weren’t as blessed. Those who are now in dire need.

Last weekend, we went down to North Port to deliver supplies and helping hands. All around the Towne Center shopping mall was something called an “Insurance Village.” The photo is just a sliver of it. Literally hundreds of people and booths were assisting storm victims, some standing before us with everything they own. That was truly heartbreaking.

This is the kind of stuff we need to think about when our burger is slightly overcooked or the cashier is a little slow.

In the Village, you could pick up Meals, Ready To Eat (MREs), water, diapers, a burger or hot dog, talk to FEMA, charge your phone and meet with the insurance companies to start the claims process. It was a beehive of activity.

Our time was spent at the We Insure tent, who over the previous 13 days cooked over 3,000 burgers and 3,000 dogs. No one walked away hungry.

There are many myths, misperceptions and fallacies about hurricanes. There are also lots of good tips, hacks and tricks. The following comes from experience, lessons learned and good old fashioned research. FWIW.

So that’s our story. Got your own storm preparation and survival hacks? Share them in an email. We’re all in this together and your tips could save a life or make our day.

Let Us Know How We Can Help. 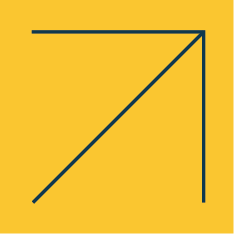 Get our FREE Weekly Guide to all the fun and exciting happenings around Sarasota County.

Thank you! Your submission has been received!
Oops! Something went wrong while submitting the form.

The Suncoast Life with Kim Stephens
Stretching along the Gulf of Mexico shoreline, the Suncoast of Florida features the beautiful cities of Sarasota, Venice, Osprey, Nokomis, and Englewood, including Sarasota and southern Manatee Counties. So if you're looking to get to know and enjoy the endless possibilities on Florida's Suncoast, you've landed in the right place.

Site design and development by Honeymilk.